Facebook recently announced a new form of cryptocurrency to handle all financial operations within the platform. Its name is Libra, and people around the world are wondering if this a good idea at all. For the G20’s Chair of Financial Stability Board, this will bring a lot more scrutiny to cryptocurrencies. 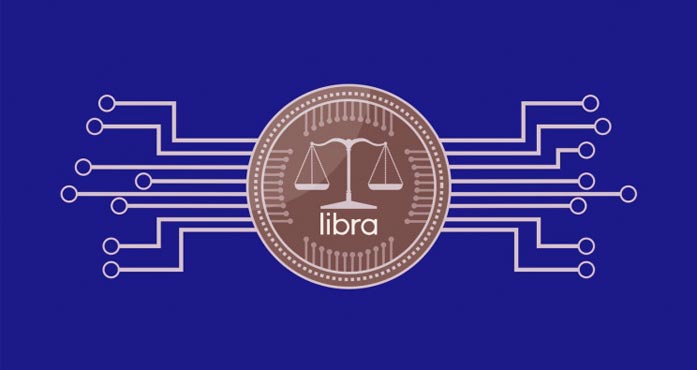 At the moment the first office to state concerns has been UK regulators. They have warned that if Libra proves to be successful, the crypto would have to be the subject of some of the highest standards of regulations out there. They are not the only ones to voice concern in this regard since the plans of the social media giant were unveiled recently.

Randal Quarles, chair of the FSB, policy coordinator for G20 countries and a senior US regulator, has said that Facebook’s plan to expand their services into online payments for retail products will make regulators to take a very close look at how those financial instruments will work. The company has a lofty goal, which is to transform global payment markets.

A New debate has Been Opened

Quarles has stated that the board does not have plans to discuss the issue in the G20 summit that will take place in Japan. Crypto-assets such as Libra do not pose a risk to financial stability at global levels, at least for the moment. But his office has already taken notice of the gaps that fall outside the usual remit of regulators as well as the oversight of any international standards.

The increasing use of crypto-assets for retail purposes demands scrutiny by authorities. This is a given since they need to make sure they are correctly used and avoid the number of laundry operations that have happened in the past. Regulating bodies such as the FSB would have to monitor risks very carefully in several multiple angles to ensure the safety of users.

These statements are the most recent remarks made about cryptocurrencies by the G20 after an agreement made in March of 2018 by the finance ministers and the central banks of the group to monitor all operations regarding crypto-assets. The FSB is ready to move if Facebook’s Libra takes off since it will need a whole different set of regulations.

Randal Quarles remarks come just after a statement made by the Bank for International Settlements called for all political bodies around the world to move quickly to coordinate regulations responses to risks to the global financial system. Facebook Libra is set to launch in 2020, and big names such as Mastercard, Visa, Uber, and PayPal stand behind it.

Andrew Bailey, head of the FCA in the United Kingdom has already confirmed that the organization he leads is working with the Treasury Department as well as the Bank of England to monitor Facebook’s Libra. Their plans include domestic and international regulations. The officer was very adamant about stating that they plan to enforce the law to the corporation to make sure they work within their rules.

Both the FSB and the FCA stand behind Mark Carney, the current governor of the Bank of England, who alerts that Facebook plans are to bring users to adopt a new currency. If successful they would become systemic subject to high standards of regulation, a stance backed by Olivier Guersent, the head of financial stability for the European Union, who also has deep concerns about Facebook’s management of personal and financial data that are still unregulated.